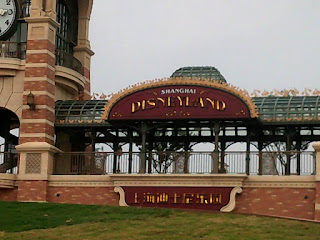 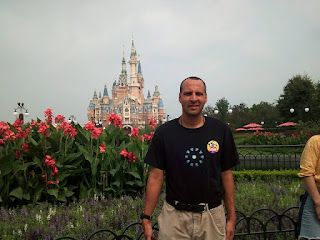 Greetings audience! It's Stephen Gaiber: The Autistic Traveler. Earlier in September, I had the pleasure of going to Asia. However instead of exploring the jungles of Thailand, exploring where the Vietnam War took place, seeing the Great Wall of China, seeing the Hong Kong Harbor, or going to a geisha house in Tokyo, I went to three Disneyland Parks. That's right, I went to Shanghai Disneyland, Tokyo Disneyland, and Tokyo Disneysea. For this blog, I will be focusing on Shanghai Disneyland and the next blog will be about the Tokyo Disney parks. Let's first talk about the history and what led up to this park's construction.

In November 2009, the Chinese government approved of the resort and on November 5, 2010, the Walt Disney Company made a deal with Shanghai Shendi Group to build the park. Disney owns 43% of the property, while 57% is owned by Shanghai Shendi. The park had a soft opening on May 7, 2016 and had its grand opening on June 16, 2016. The park consists of lands such as Adventure Isle and Treasure Cove, which were my two favorite aspects of the park, as well as Tomorrowland, Fantasyland, Mickey Ave., which is the equivalents to our Main Street U.S.A., Gardens of Imagination, and the new Toy Story Land. 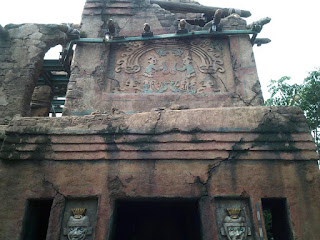 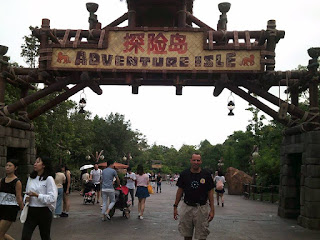 One of the best parts about the park is Adventure Isle. I feel that this is a fun and visual part and feels different than just a typical Disney park. It has many attractions such as Soaring (also at Epcot and California Adventure), Roaring Rapids (also at Animal Kingdom), and many others. The architecture of the land feels like you're entering a world full of adventure. A unique part of the land is Camp Discovery. In this exhibit one gets to do a rope course and it feels like you're going on a journey because at times there are zip lines and obstacle courses. This is a unique experience and you won't feel that you're at Disneyland. Another good part of Adventure Isle is Explorer Canoes, a ride in between Adventure Isle and Treasure Cove. 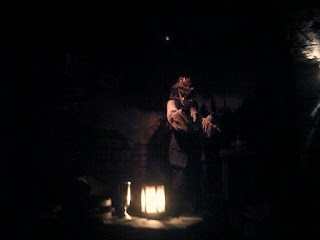 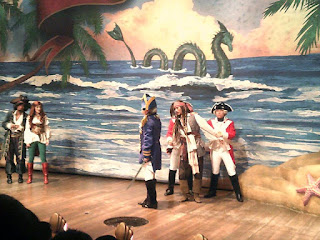 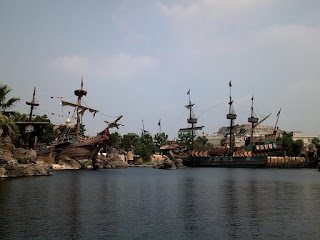 Another great visual land of Shanghai Disneyland is Treasure Cove. It's based off the Pirates of the Caribbean franchise. As most of you know the first Pirates of the Caribbean is one of my favorite movies. Its another visually stunning part of the park with all the pirate ships. It WOWED me to look at the ships and it felt like I was on a pirate island. The main attraction is Pirates of the Caribbean: Battle for the Sunken Treasure, which is a must do for any Pirates fan. This ride has a lot of the characters from the film series and doesn't feel like the usual Pirates of the Caribbean ride at most Disney parks. The Eye of the Storm: Captain Jack Sparrow Stunt Spectacular is another fantastic show at Treasure Cove. It's a stunt show featuring Jack Sparrow causing trouble and him weaseling himself out of by saying silly catch phrases and stunts. It truly is a lot of fun and the best show at Shanghai Disneyland. If one wants a Pirate's life and wants to explore their life, then Treasure Cove is the best place to shiver thee timbers. 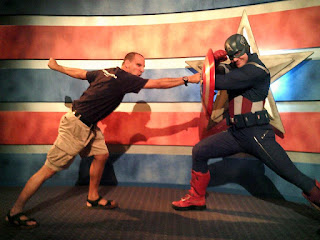 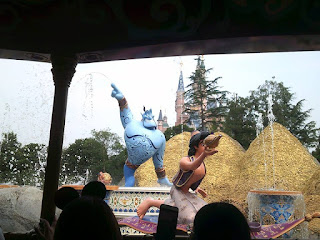 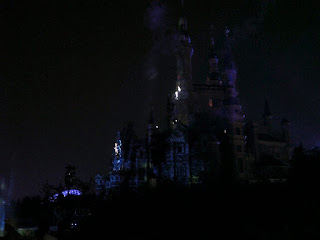 The rest of Shanghai Disneyland consists of Tomorrowland, Fantasyland, Gardens of Imagination, and Toy Story Land. I am now going to discuss what else I liked about the park. My second-favorite ride was the Voyage of the Crystal Grotto. This fabulous boat ride gives one a tour around Fantasyland showing many Disney statues such as Aladdin, Beauty and the Beast, Fantasia, and The Little Mermaid. This was an excellent ride to see all the Disney wonders that made your childhood awesome. Marvel Universe is a must-go if one is a Marvel fan and wants to meet awesome characters such as Captain America or Peter Quill. The Toy Story Land feels awesome with all the statues of Woody, Buzz, Rex, and Mr. Potato Head. If one plans on spending the whole day at Shanghai Disneyland, you should stay and watch Ignite The Dream: A Nighttime Spectacular of Magic and Light. This nighttime show shows many clips of Disney movies as well as Disney songs and fireworks. 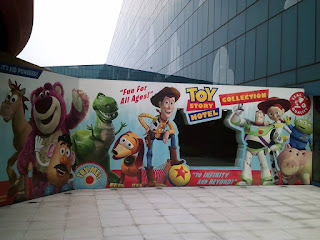 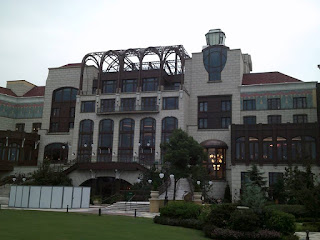 If one wants to take a break from the park and still feel some Disney magic, Disneytown is right outside the park. It consists of restaurants such as Cheesecake Factory and Wolfgang Puck. It also has Disney and Lego stores. It's a miniature version of Downtown Disney in Anaheim and Disney Springs in Lake Buena Vista. One can spend a short amount of time and have fun. There are also two resorts: Shanghai Disneyland Hotel, which looks like a giant mansion, and Toy Story Hotel, which is based on the Toy Story movies. They are fun to look at but don't focus on themes like the Disneyworld resorts.

Overall I did like Shanghai Disneyland. I don't think it has the same feel as Walt Disney World as I feel that is the real Disney vacation. I do think it's a visual delight. Other than the Pirates of the Caribbean and Voyage of the Crystal Grotto, the other rides were hit or miss. If one has a disability and wants to not wait in line, one can get Disability Card, which allows you to get a return time to come back for the ride and not wait in line. If one is in Shanghai for an extended period of time and likes Disney, this is the park to check out.
Posted by Stephen Gaiber The Autistic Traveler at 8:06 AM